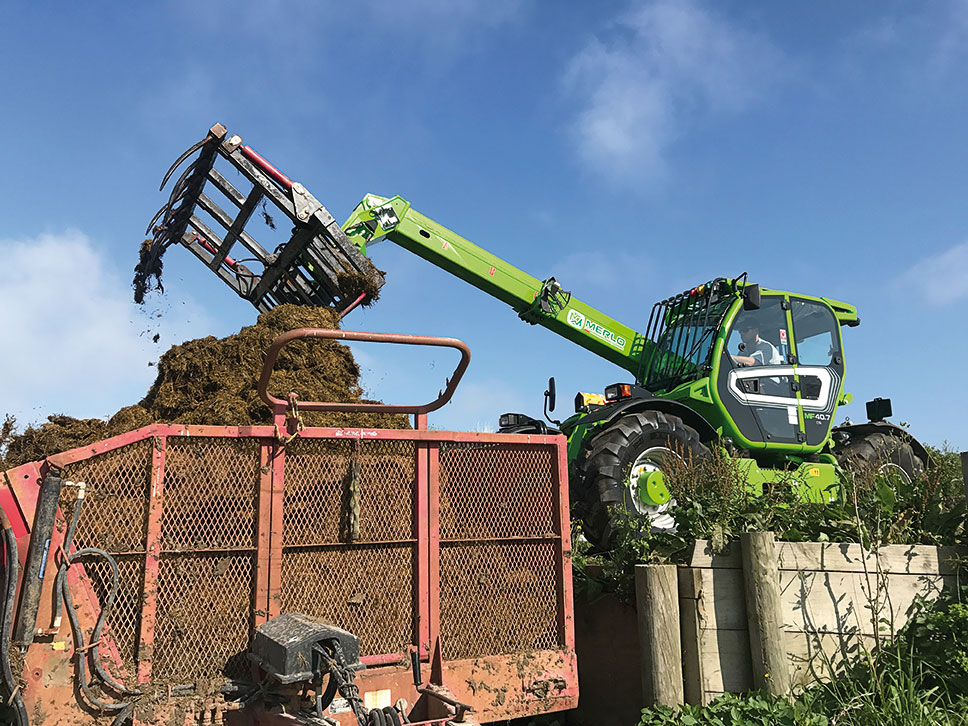 After a spring from hell in the Taranaki, Paul and Tracey O’Rorke, dairy farmers and owners of PG O’Rorke Contracting at Opunake are keen to get their new Merlo Multifarmer Telehandler doing what it was bought for. Not that it has been standing idle over the winter. But, it’s main purpose of loading and unloading the McHale HS 2000 power pack bale wrapper and then stacking, has only just begun.

Paul said, “The great appeal of doing this job with the Merlo is the potential to improve efficiency. We hope to increase the number of bales stacked per hour from 45 to around 50. Our dedicated Merlo driver is experienced with the wrapper and has quickly become proficient. He’s already working the Merlo at speed. It’s 4-wheel steering and tight turning circle create good manoeuuvrability.”

Paul says they expect to handle between 10 to 12,000 bales this year and each bale is handled twice. He said, “The farmers like this approach to wrapping and stacking. We can stack the bales in the paddock, exactly where they want them, in one operation. When we leave, the job is finished.”

The Multifarmer 40.7 CS has real appeal as a telehandler and tractor combined. This particular model with its powerful 156hp Deutz engine, the PTO output of over 135 hp and the rear 3-point linkage with 7 tonne lift capacity, definitely ticks some boxes for Paul and Tracey. 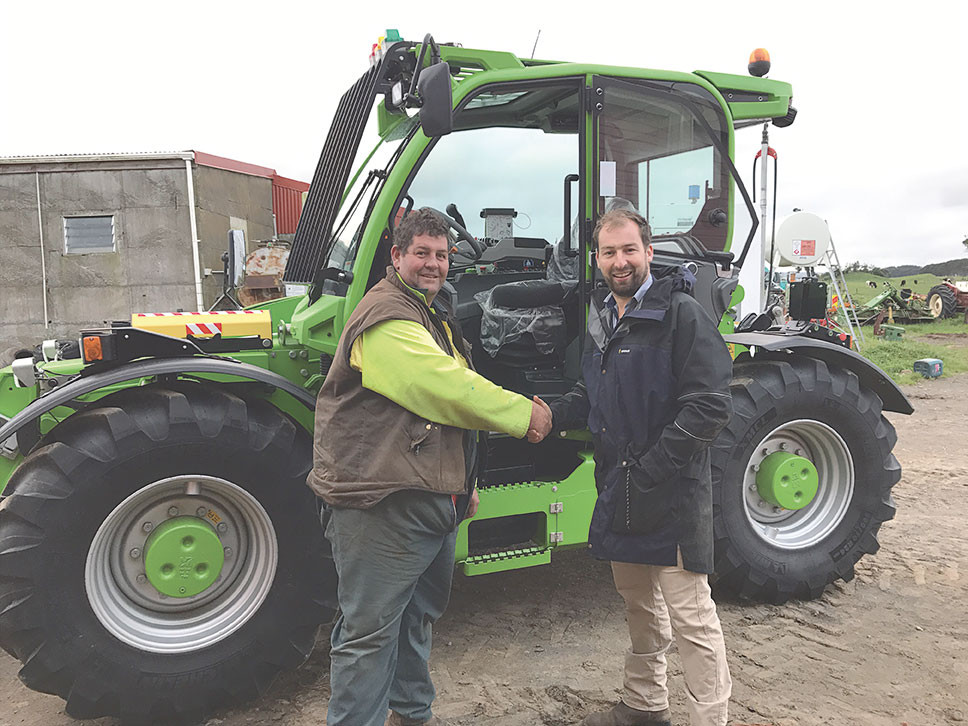 There are 4 rear auxiliary hydraulic remotes with optional trailer brakes.

Also valuable to Paul was the powerful Merlo hydrostatic drive system, MCVTronic. It provides the precise movement that is valuable to him for the bale wrapping/stacking operation. In addition maximum traction is applied to the ground and any wheel slip is controlled. MCVTronic allows selection of low or high range, or auto for transport. These systems uniquely enable seamless travel between 20 metres per hour to 40 km/h and Merlo EPD (eco-power drive) reduces fuel usage by 18%.

The EPD system provides several other useful advantages. It allows power delivered to and from the engine and transmission, to be progressive and slow, or aggressive for maximum performance. The ability to drive by wire, where the throttle and foot accelerator can be selected for any particular job, i.e. when the PTO is engaged. Additionally the travelling speed can be selected using the speed control switch and small adjustments can be made with a +/ - switch.

Throughout the winter Paul’s Merlo was not short of work, clocking up 500hrs. Paul commented, “We used it for lifting pumps in and out of effluent ponds and then began subcontracting to local fitters for their pumps. We got involved in building hay barns using a man cage on the front, so the high/reach facility has been really useful. These were all jobs we wouldn’t have done previously, so there’s some winter potential there.”

The Multifarmer is no lightweight machine weighing in at 8,700Kg with a 7m boom height. It’s renowned CDC surveillance system ensures safety in all operations, by recognising attachments and selecting the safe load capacity automatically.

Paul does have a stack of Power Farming machinery in his yard. Apart from the Merlo and the 2 McHale HS2000 wrappers there are two brand new KV 3232MT mower conditioners, a KV Monopill ES 12 row drill, and a set of KV discs.

Paul has been a valued Power Farming customer for many years and he says, “Jimmy and Sam seem to know what’s in my yard and have an opinion on what I’m going to need next. They offer good sales and after sales service, so we’re all happy.”

On the machinery front everyone is happy! Now, just the weather needs to sort itself out! 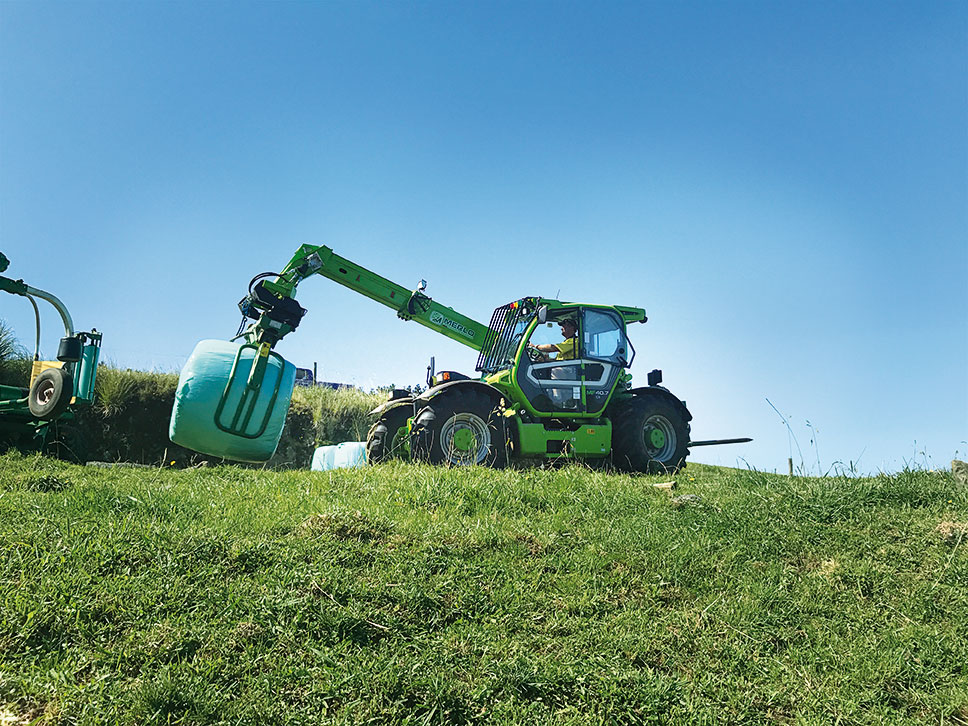 Click here to learn more about about Merlo Multifarmer 40.07 CS